We Use Genuine Parts

We employ experienced and qualified Land Rover technicians,
so your vehicle is in the best possible hands.

ENTER YOUR REG BELOW TO GET INSTANT PRICE QUOTE!

We consider following major checks while testing the engines before shipping

What Makes Us Unique from Others?

We guarantee you that you will get excellent products & services without any flaws.

We are confident that being a local Land Rover Discovery specialist in the UK, we have the best in class rates and the engine you find would be of the best quality low mileage Land Rover Discovery engine at a lower price than the market. We do not deal in only Discovery engines but also have a huge stock of top quality Land Rover engines for other LR models offering supply and fitting services at the same time. Worldwide Delivery available however the recovery services within a certain radius of our garage is also offered on demand. 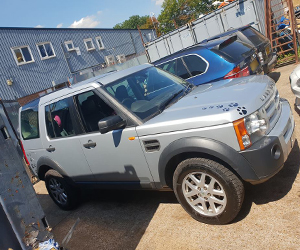 Cracked bores? A garage in the UK contacted us for a replacement 4.0 V8 Discovery engine and shared their story of repairing the previous engine they repaired twice but every time it went down on them. They requested for a reconditioned Land Rover Discovery 4.0 litre V8 engine supplied. Their repaired engine was facing problems including white smoke on the exhaust pipes, gradual loss of coolant and thus in the case of power delivery. Sipping excessive fuel and eating engine oil on higher revs or on the highway speed. The radiator hoses were getting hard due to pressure inside the hoses.

Upon second repair they started facing camshaft rattling, on cold start and excessive heat, but normal when temperatures go normal. They were claiming no wear on the cam followers and arms. Timing belts issues were also noticed e.g. shredded timing belt and misaligned pulley.

They were advised to check smoke on the exhaust pipes after 5 minutes idling start. Asked to rev the engine to around 2500 rpm and note the smoke colour, blue means oil eating, caused by heavy wear on the liners, white means water coming through and it can be due to a damaged block. Green smoke or no smoke is an excellent sign for an engine. Land Rover Discovery Head Gasket can go around 150,000 miles by default if all the conditions remain intact. If facing flat power at some spot on rpm it is a sign of faulty lift pump. After all these inspections, it was advised to replace the power unit with a reconditioned Land Rover Discovery engine instead repairing it for the third time.

People love to have a Land Rover in the UK and maintain them as a part of the family. Land Rover Discovery is one of the most selling models of Land Rover in the UK. It is all condition family SUV and takes its owners to all the destinations outdoor, no matter whatever the road condition is. As the Discovery has the ability to go off-road and access the places many vehicles do not have access to. 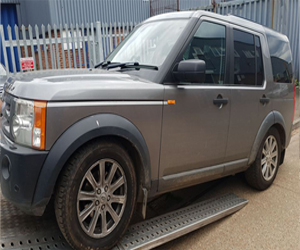 Land Rover Discovery is very practical and has the great off-road ability. There are some common problems that buyers should be aware of.

Land Rover Discovery diesel engine powered models were produced from 2005 to 2009 have faced the brake issues and the reason was oil leakage into the braking system. This issue caused a number of minor accidents and Land Rover recalled the affected vehicles and fitted modified new systems to those models.

Land Rover Discovery engine can easily be seized if not look after properly on daily bases. It is a most common issue in Discovery engines that they do burn oil and if it doesn’t get checked on time, it can cause low levels of oil and seized engine. One of our customers visited us to get his Discovery 2018 checked as routine and it was on 8000 miles, he was unaware of how to check engine oil in LR Discovery models. He was guided how to do it at home and upon the check, his engine was 2.5 litre short on oil. The 2018 Land Rover Discovery burned about 0ne 3rd of engine oil in 8000 miles. It should get check every week at least. The guide to check it has been provided under the filler cap.

Oil burn in Land Rover Discovery engines is fairly a common thing but technically it is a design fault in the bottom end of the vehicle which causes the engine to a sudden halt in some cases. Not all the engines come with the fault but a good amount has this issue. 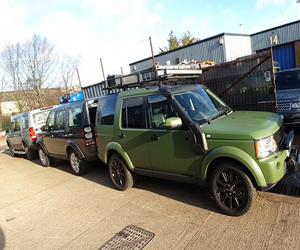 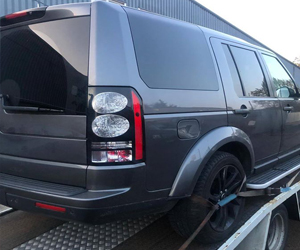 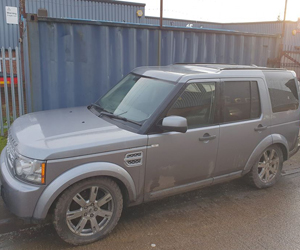 Oil burning in the Discovery diesel engines normal but most volatile to this issue are 3.0 litre V6 engines, also fitted to Range Rover sport models. Usually, they are weak on crankshaft spinning attributes, bearings and journals are prone to halt causing crankshaft damage and ultimately entire engine breakdown.

This issue becomes even worse when warranties do not cover these repairs, even extended LR warranties don’t cover such engine repairs.

There could be a number of issues which can cause engine light turned ON, emissions-related issue are common but most of them are not considered as major e.g. exhaust leak would cause turning the engine light ON, faulty O2 sensors can cause as the car computer thinks the system is over polluting, the thermostat sticking can also cause the engine light turn ON and the car computer realizes it takes too long to reach the correct operating temperature, or it is too cold and running too rich under high cold stress. All British cars including Land Rover have these emission problems which can trigger the engine light.

Land Rover Discovery has an honor of being driven by Prince Phillip, Duke of Edinburgh is the husband of her majesty the Queen Elizabeth II of the United Kingdom. They have a few Discos in their royal fleet of vehicles. A 2.0-litre petrol engine was introduced to several Royal family vehicles. There is a range of Land Rover Discovery engines introduced in the past decade and almost all of them remain highly volatile to the problems. These engines include 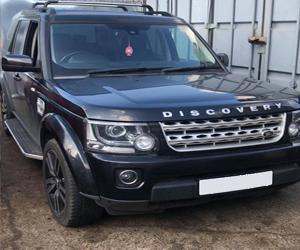 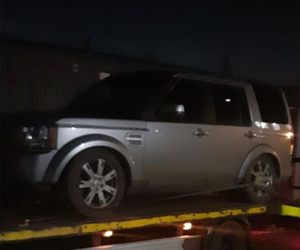 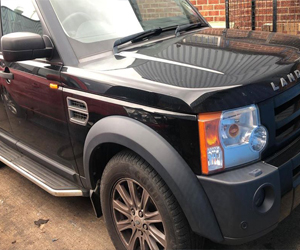